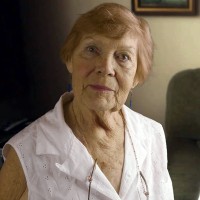 Ophelia Rickard was born on July 13, 1932, in Oxford, Mississippi to Richard and Mary Rickard. She was their only child.

Ophelia’s parents met in 1929 while Richard was working in the family business as a groundskeeper at Ole Miss. Mary’s father was a professor at Ole Miss, and her mother was a socialite.

Mary shared her father’s passion for literature and enjoyed spending hours in the campus library wandering the stacks, reading classic literature, and gazing out the window at the handsome young man grooming the lawns. She was smitten.

Despite the difference in their social classes, and against her parents’ wishes, Mary pursued Richard. Her parents threatened to cut her off financially if she continued.

After a brief, passionate romance, Richard asked for Mary’s hand in marriage. Her father blustered, “Only if you’ll name your first-born Ophelia!” Mary began planning the wedding the next day.

Ophelia, it turned out, was the apple of her grandfather’s eye. She was a genius, but he would have adored her regardless of her level of intelligence. With his guidance, however, she studied to be a pharmacist and graduated from college in 1952 at age 20 with a B.S. in Pharmacy.

Three months later, her grandfather died unexpectedly. He left Ophelia a sizeable inheritance and his house, with the condition that she allow her grandmother to live there until her death.

Ophelia and her grandmother both were devastated, and they began living a more and more reclusive lifestyle. Ophelia never became a practicing pharmacist. Instead, she took excellent care of her grandmother, who died peacefully in her sleep at the house in June 1972.

Once her grandmother was gone, Ophelia’s loneliness escalated. Her parents encouraged her to get a dog, but Ophelia resisted. Fearing that Ophelia would become completely housebound, her parents bought her a dachshund puppy for her 40th birthday. Ophelia named her Lucky, and she was a companion to Ophelia for 13 years.

Ophelia took it as a sign that Lucky was given to her on her birthday, the 13th of July, and that Lucky lived for 13 years, so on Ophelia’s next birthday, she bought herself another dachshund puppy and named it Lucky.

She has adopted three different dogs since Lucky #2 crossed the Rainbow Bridge. None have been dachshunds, but they all have been named Lucky.

Currently, she owns a medium, mix-breed, something and something else and maybe some Jack Russell terrier. He's white with apricot blotches and is blind in his left eye.

Ophelia adores Lucky, as she has all of her Luckys, and truly feels like she has been the lucky one all along. 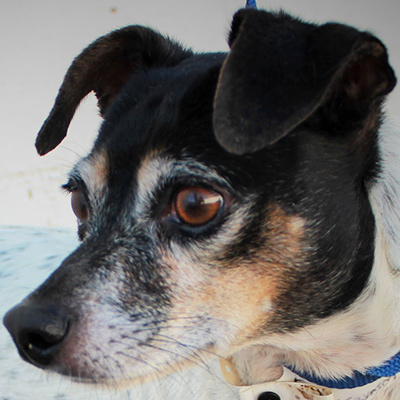 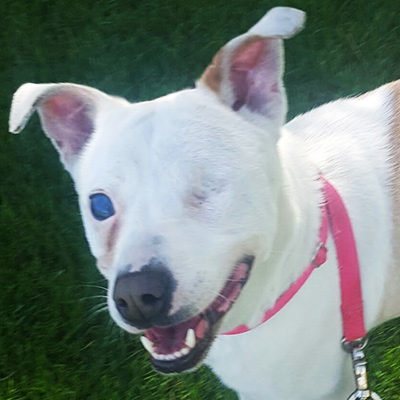